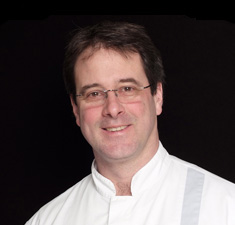 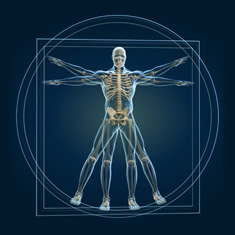 I am a registered chiropractor (GCC: 00502), and have been since the opening of the General Chiropractic Council Register in September 1999. I consider my personal career characteristics well suited to offer expert opinions both in cases of negligence and malpractice and in those relating to personal injury.

I graduated from the University of Nottingham in 1984 with an honours degree in Physics. I subsequently attended the Anglo-European College of Chiropractic (AECC), then an affliated College of the University of Portsmouth, situated in Bournemouth, where I studied for a second Bachelor of Science degree in Chiropractic for a further four years. I graduated with distinction as valedictorian, being first in my class of 120. I then completed a further year's pre-registration training to obtain my DC; I additionally hold an MPhil in chiropractic management of gastrointestinal neuropathophysiology from the University of South Wales.

My other active research interests include whiplash associated disorders; atypical facial pain and temporomandibular dysfunction; and laterality. I have published over fifty articles in peer-reviewed professional and biomedical journals, comprising both editorials and original research; I am the author of Essential Physics for Musculoskeletal Medicine (2010) and co-author of Essential Musculoskeletal MRI: A Primer for the Clinician (2011); I was Editor-in-Chief of Clinical Chiropractic, an international, indexed, peer-reviewed biomedical journal, and its predecessor, the British Journal of Chiropractic, from 1996-2013.

I have lectured in biophysics, biomechanics, neurology, general medicine and differential diagnosis both at the AECC (1992-6) and at the McTimoney College of Chiropractic, where I was head of pre-clinical sciences (2000-3), as well as to post-graduate groups and at National and International Conferences. I am currently an external examiner at the University of Bournemouth for the BSc (Hons) Human Sciences and MSc Chiropractic courses at the AECC.

In 1999, I was elected an inaugural Fellow of the (now Royal) College of Chiropractors (RCC), for whom I served as an executive offcer (1995 - 2004) and as a member of the ten-man Peer Review Panel of the British Chiropractic Association (BCA), responsible for assessment and expert testimony in cases of chiropractic negligence (1999-2002). In 2009, I was the inaugural winner of the College of Chiropractors' President's Award for outstanding services to the profession; I received the award again in 2013.

I was the first chiropractor to be elected as a Member of the Expert Witness Institute (1999) and as a Fellow of the Royal Society of Medicine (2014). I also hold Fellowships with the BCA and with the specialist Pain Faculty of the RCC.

I have completed over 475 hours of Continuing Professional Development relating to personal injury and medicolegal requirements, on which subjects I have also lectured to postgraduate groups. This has included programmes from both Bond Solon and Professional Solutions.

Since 1998, I have been in private practice in Yeovil, with satellite clinics in Crewkerne and Beaminster, having previously worked in Norfolk. All my clinics hold the RCC's quality assurance awards for both patient management (Patient Partnership Quality Mark) and clinical governance (Clinic Management Quality Mark). I treat, on average, 130 patients per week in addition to my medicolegal practice. The clinics employ other healthcare professionals with whom patients are often jointly managed. These include podiatrists, homeopaths, masseuses, aromatherapists, counsellors, nutritional therapists, Alexander technique practitioners and acupuncturists. I also run a regular clinic jointly with a functional orthodontist and a clinical psychotherapist focusing on multidisciplinary management of head, neck and face pain, including temporomandibular disorder.

I have been instructed as an expert witness on over 165 occasions, both in cases of personal injury and medical negligence and have acted for both plaintiff and defendant in roughly equal measure. I have given evidence in court and, on eighteen occasions, before the Professional Conduct Committee of the General Chiropractic Council and have spent 60 days in session and 60 hours in the witness box.